Let’s start with the camera used for capturing the front shoot video signal, as a professional camera that has the business EFP multi-camera shoot mode. It provides the best quality video capturing and great film and transfer stability. It’s the necessary condition to adopt the broadcast camera to finish business shooting. And the camera that needs the professional photographer to operate basically. The production cost is higher because there is need for more staff in EFP multi-camera shoot and there have some inadequacies place such as stage, exhibition, aerial and other dangerous places that are hard to reach for people.

The general manual operation can not reach the smoothness of the PTZ camera. At the same time, the KIND camera has a built-in dual microphone array microphone, which is omnidirectional, low noise, supports 360-degree omnidirectional pickup, and the maximum pickup distance is 10 meters; supports 32K sampling and AEC, AGC, ANS processing, and I2S digital audio output 48KHz; The sound is clear, the sound quality is restored, and the listening experience is comfortable, high-definition, high-reduction, high signal-to-noise ratio, low distortion, and low noise.

The KIND PTZ camera integrates a centralized transmission control system, which realizes a 75Ω coaxial cable or a Category 6 network cable to control and transmit five signals, which are: camera lossless video signal + camera audio signal or external XLR audio Signal + camera power supply + camera PTZ control + guide signal TALLY. The application of this technology makes the wiring that is the most troublesome for us in multi-camera shooting much easier, greatly saving labor costs and wiring material costs. 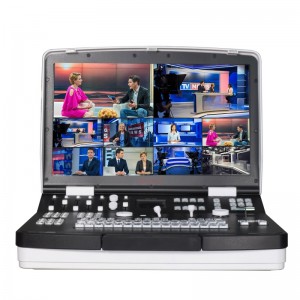 The camera has not only broadcast-level imaging but also has high-precision control performance. At the same time, it has a centralized transmission control system. The director can accurately control multiple KIND PTZ cameras remotely. There is no need for on-site camera shooting personnel, which saves many personnel costs. The industry brings brand-new shooting concepts, making EFP multi-camera shooting easy.

The audio part of the KIND director and recorder also has irreplaceable technical characteristics. It integrates a digital mixer and an analog mixer and uses reliable hardware to mix digital audio and analog audio. It not only integrates the mixer’s Many necessary functions have also solved some challenging problems in the industry. For example, the sound mixing of analog audio collected by various XLR professional microphones on-site and digital audio embedded with on-site cameras appears muddy and unclear in the industry. The machine has a built-in audio delayer, and audio processing is performed through the encoder. First, the input digital audio and the input analog audio are synchronized, and then the audio and video are accurately synchronized. The application of this technology provides a good hardware platform for complex audio processing on-site. It is also one of the few products in the industry that can solve this problem.

The broadcast-level hardware switcher also provides powerful extended functions. Together with the software component of the acquisition, broadcast, recorder, and compile integrated machine provided by KIND and the KIND dedicated connection cable with this component, the broadcast-level KD-BC-8HN 4K8-way switcher becomes a 16-channel switcher, adding eight groups of signals such as NDI×6, SRT×6, DDR×2, and other network video signals and local file signals, and adding DVE×8, CG-Alpha online packaging and virtual keying systems, The KD-BC800HN pure hardware 4K director switcher adds new functions of the Internet and files that are currently widely used in the industry. The hardware 4K director switcher integrated machine is upgraded to an omnipotent all-in-one machine for recording, broadcasting, recording, and editing, which retains the lossless signal quality and reliability of the original 4K broadcast-level director switcher. 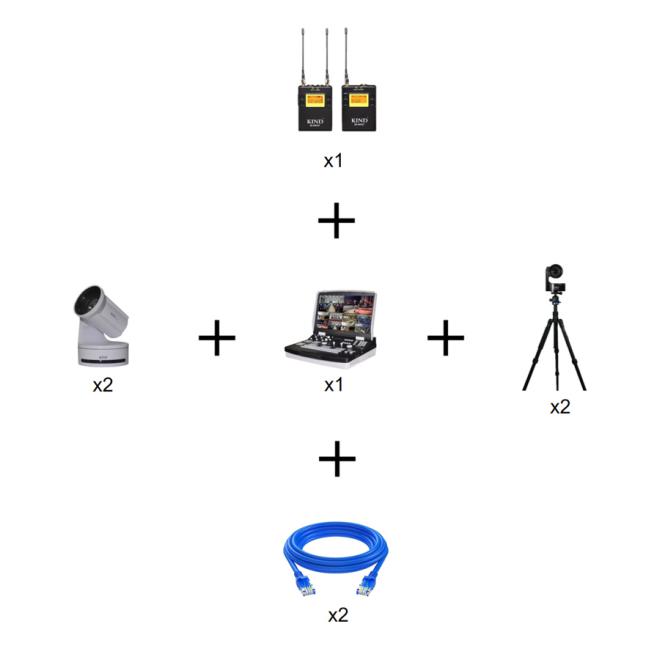